Today I bring you a fun, stylish and quick project. Although, Fall (my fav season) is on the verge of being over and winter is coming (lol! yes I like Game of Thrones), I still enjoy wearing my Autumn Leaf pendant made using Makin's Clay®  Autumn Leaves mold and black clay. I have also embellished with wire wrapped bronze pearls.

To make the pendant simply push the clay into the mold, cut out the leaf with a precision knife. Let it cure for 24 hours. Once cured, rub Celtic Bronze Gilder's Paste on the raised surfaces, embellish with findings or beads and hang on a brownish leather cord. 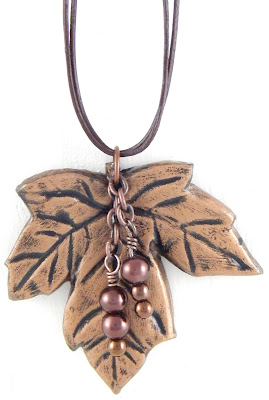 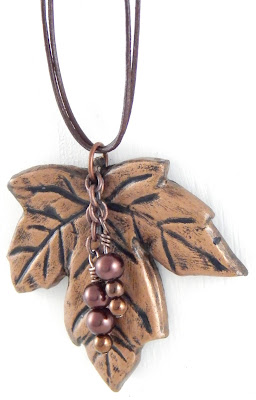 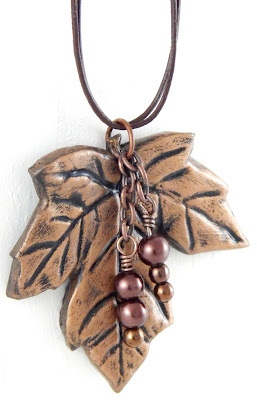 I am so excited to be selected as a Guest Creative Guide over at Vintage Journey, where this month's theme is Mini Marvels. The goal is to create art pieces no bigger than 4 in. x 4 in. This is up my wheelhouse; I love to create small...and create assemblages. How cool is this? I call this piece  "Power Struggle".

I used a Tim Holtz box, found objects, metal and chipboard embellishments, polymer clay, and Milk paint. To learn more about this project and to take a peek at what the rest of the Vintage Journey folk's Mini Marvels, visit them at Vintage Journey. 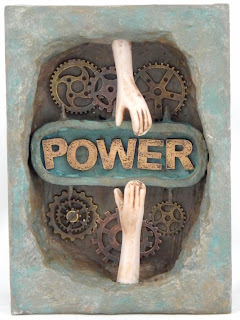 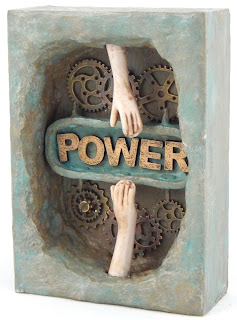 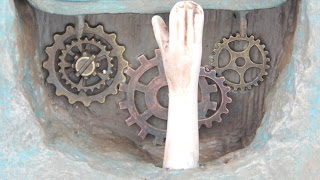 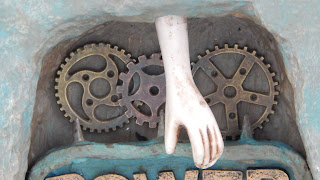 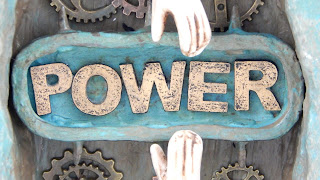 Email ThisBlogThis!Share to TwitterShare to FacebookShare to Pinterest
Labels: Assemblage

Fall is my favorite time of the year. As the matter of fact, yesterday I went on my annual foliage watch at Skyline in the Shenandoah Mountains, VA. Really enjoy the stunning views.

Makin's Clay® has a new clay mold out; Autumn Leaves, which  I love so much that I made three projects using them, will post my other projects.  For this project I made a collage using ephemera paper and fibers and used the leaves as an accent. You will find the instructions on how to make this project on the Makin's Clay blog. 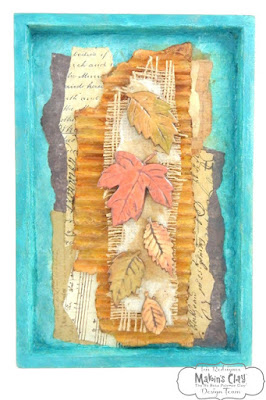 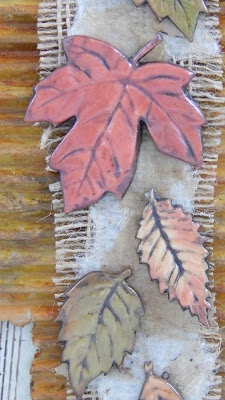 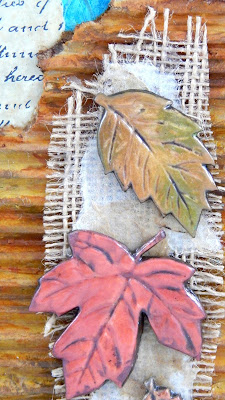 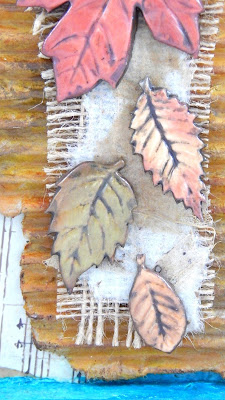 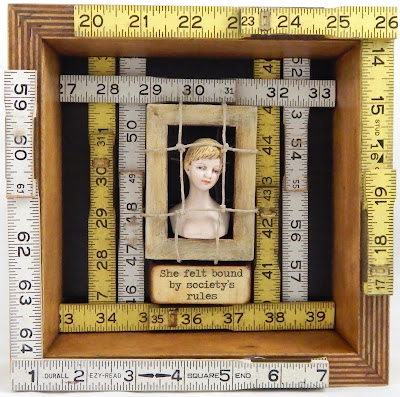 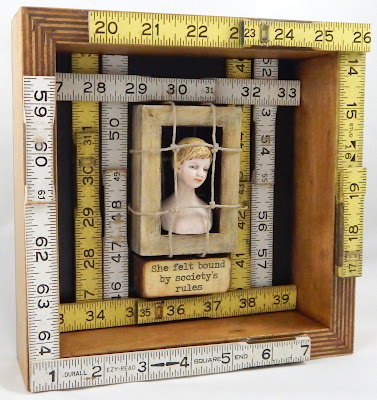 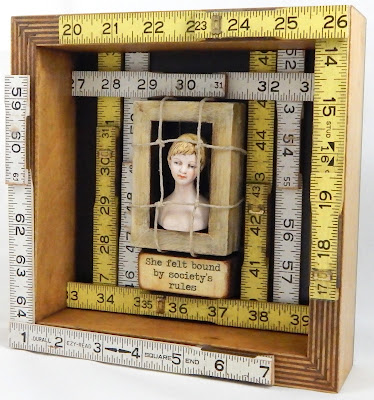 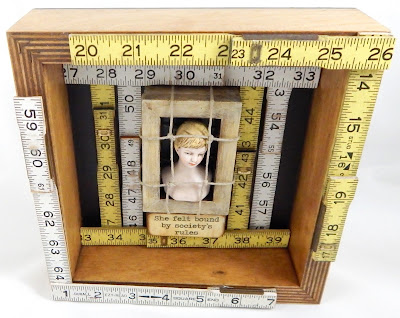 One Heart Sculpture in Art Show 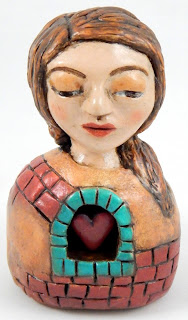